“All that is necessary for the triumph of evil is that good men do nothing.”

What a simple but profound statement. Most people refer to this timeless quote when addressing freedom and liberty, and for good reason. Today, I would like to refer to it in regards to leadership.

Why do we so often stand by and do nothing about a wrong act or situation? Is it that we feel that it is none of our business? Do we think that we are powerless to do anything about it? Do we feel that it would be hypocritical to correct someone on something that we do ourselves (ouch)?

Have you ever found yourself thinking, ‘man if Fred (fellow manager or supervisor) saw what his people were doing he would flip’? Or, have you happened along a conversation between people who were trash talking one of the other leaders in the organization and just kept on going by without saying anything to stop that behavior?

Doing nothing about a wrong act or situation is just about as bad as engaging in it. Let’s put it into perspective. I’m certain that if you were to encounter a stranger abusing a child and no other adults around to stop it, you would do “something” right? Of course you would. Although that is an extreme example, the principal applies to just about any situation. If you were the one being treated badly, or being talked about you would want someone to step up and be your advocate wouldn’t you? If it were your employees engaging in wrong behavior while you weren’t around you would want another leader to step up and step in wouldn’t you?

I know that taking action can often be very uncomfortable or even a little scary, but it eventually gets easier. 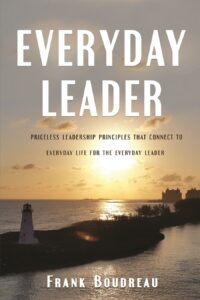